International trade is based on the idea of specialization and gains from trade. In a market system, people choose to do the things that fit their skills, talents, and interests. By doing these things over and over again, they become highly skilled at doing them, becoming “specialists.” Then trade comes in to make it possible to exploit gains from specialization, which are the economic gains that society can obtain by having some individuals, regions, and countries specialize in the production of certain goods and services.

Below you will find an introduction to the concepts of gains from specialization, absolute advantage and comparative advantage. Read the text carefully and answer the questions.

Why and How We Trade

Trade, both within and between countries, enhances our quality of life by increasing the efficiency of production. In modern economies, goods and services are produced by individuals who specialize in their production. For example, your professor spent years mastering economics. Similarly, the engineers who work for Apple have extensive training in their particular line of work. An Apple engineer can’t produce insightful economics research or teach an economics course. Likewise, an economics professor can’t design a miniaturized circuit board and a high throughput factory to manufacture it. In a market system, people choose occupations that suit their talents and interests. Then they develop specialized skills in their chosen industry and trade with others. Trade exploits gains from specialization, which are the economic gains that society obtains by having some workers specialize in specific productive activities.

Specialization won’t work without trade. Economics professors can’t eat economic ideas or live in them. Economists teach, and then get paid with money, and then use the money to buy food and shelter. Apple engineers love the iPhone, but they can’t sleep on it or drive it to work. Engineers get paid so they can buy what they want. Without opportunities for trade, life is bleak. If your economics professor were stranded on an island, he or she would have no students to teach and no policymakers to advise. The professor would have little or no way to put economic knowledge to use. Despite all of that knowledge, day-to-day life would resemble that of a Stone Age hunter-gatherer.

To gain a deeper understanding of how trade works, consider the late Steve Jobs, the visionary chief executive officer (CEO) of Apple. Jobs was famous for being a great marketer and a brilliant designer. Because of his knowledge of and love for Apple products, Jobs was a much better salesperson than most of Apple’s employees. To illustrate this point, let’s assume that Jobs could sell twice as many computers (per time period) compared to the typical Apple storeclerk. In this sense, Jobs had an absolute advantage at selling computers. A producer has an absolute advantage in producing a good or service if the producer can produce more units per hour than other producers. Of course, selling computers isn’t the only skill that Jobs had. As CEO, he designed revolutionary new products. Relative to a typical salesclerk, Jobs was a superstar designer. Let’s assume that if Jobs allocated his time to design, he would generate 1,000 design ideas per year. If a typical salesclerk worked on design, he would generate only one design idea per year. Exhibit 1 reports the estimated productivity of Jobs in the first column of data and the estimated productivity of the salesclerk, John Clerk, in the final column. By looking across the rows of Exhibit 1, we see that Jobs has an absolute advantage in both tasks: Jobs was capable of producing twice as many sales per year (relative to Clerk) and Jobs was capable of producing 1,000 times as many useful design ideas per year (relative to Clerk).

Trade, both within and across national borders, increases productive efficiency. As modern economies specialize in the production of certain goods, trade ensures that production will always take place, where it is most efficient.

International trade enables an economy to ________.

Gains from specialization are the economic gains that the society can obtain by having some individuals, regions, or countries specialize in the production of certain goods and services. Trade enables sellers to specialize in the production of the good or service for which they have a comparative advantage. Through trade, the goods and services for which they do not have a comparative advantage in producing can be obtained from others who do.

Which of the following statements is true?

A producer is said to have a comparative advantage in the production of a good when the producer ________ compared to other producers.

Comparative advantage describes a situation in which an individual, business or country can produce a good or service at a lower opportunity cost than another producer. For example, because it has an abundance of maple trees, Canada can produce maple syrup at a very low opportunity cost in relation to avocados, a fruit for which its climate is less suited. Mexico, on the other hand, with its ample sunshine and warm climate, can grow avocados at a much lower opportunity cost in terms of maple syrup given up than Canada.

A producer is said to have an absolute advantage in the production of a good when the producer ________ compared to other producers.

Absolute advantage describes a situation in which an individual, business or country can produce more of a good or service than any other producer with the same quantity of resources. The United States, for example, has a skilled workforce, abundant natural resources, and advanced technology. Because of these three things, the US can produce many goods more efficiently than potential trading partners, giving it an absolute advantage in the production of goods from corn to computers, to maple syrup and cars. 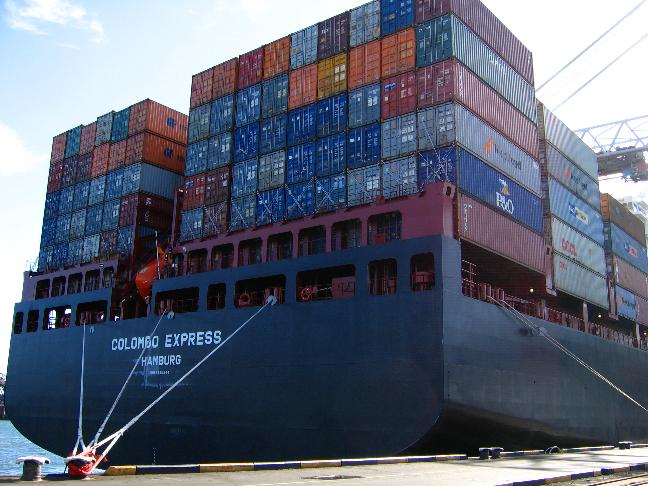 In response to the Financial Crisis of 2007-2008 and the ensuing Great Recession, the Federal Reserve (Fed) engaged in “Quantitative Easing” and bought financial assets worth more than a trillion dollars. Where did the money to buy those assets come from?

Whenever the Fed buys a financial asset, e. g. a government bond or a mortgage-backed security, it pays for the purchase by creating new central bank money for the depository institution (usually a commercial bank) participating in the transaction, i.e. it simply credits the institution's account at the Fed.

What does the term “free banking” refer to in the U.S. context?

After the demise of the "Second Bank of the United States" - the only federally chartered bank in the U.S. at the time and a kind of proto-central bank - in 1836, no effective federal control over state chartered banks existed until the creation of the "National Banking System" in the midst of the U.S. Civil War (1863). Many U.S. states enacted "free banking" laws where any individual fulfilling certain regulatory requirements could open a bank .