The Department of Literature deals with the history and theory of US-American literature from its beginnings to the present and offers insights into the development of this literary tradition in the wider North American, transatlantic, and global contexts. It examines strategies of literary texts in the context of social and historical questions and their interaction with other media and forms of representation such as the visual arts, theater, and film.

In the courses of the department, literary processes are considered in their aesthetic, formal as well as in their social and cultural-historical contexts. The study of North American literature includes the examination of literary epochs, forms of literary representation, techniques of text analysis, and key concepts of literary theory. Classes examine the significance of literary works for the negotiation of central aspects of American self-understanding: e.g. the theory and practice of democracy, questions of personal and collective identity, and the position of North America in the world.

In addition to the teaching program, the Department of Literature offers various opportunities for the in-depth study of North American literature and culture. In the research colloquium, which is jointly organized with the Department of Culture, renowned Americanists from Germany and abroad give lectures on a weekly basis. Due to the department’s cooperation with other cultural institutions in Berlin, readings with important North American authors are also held at the Kennedy Institute.

By participating in the department’s mentoring program, students not only receive guidance in academic and professional questions, but are also integrated into the department’s active discussion culture and its current projects. 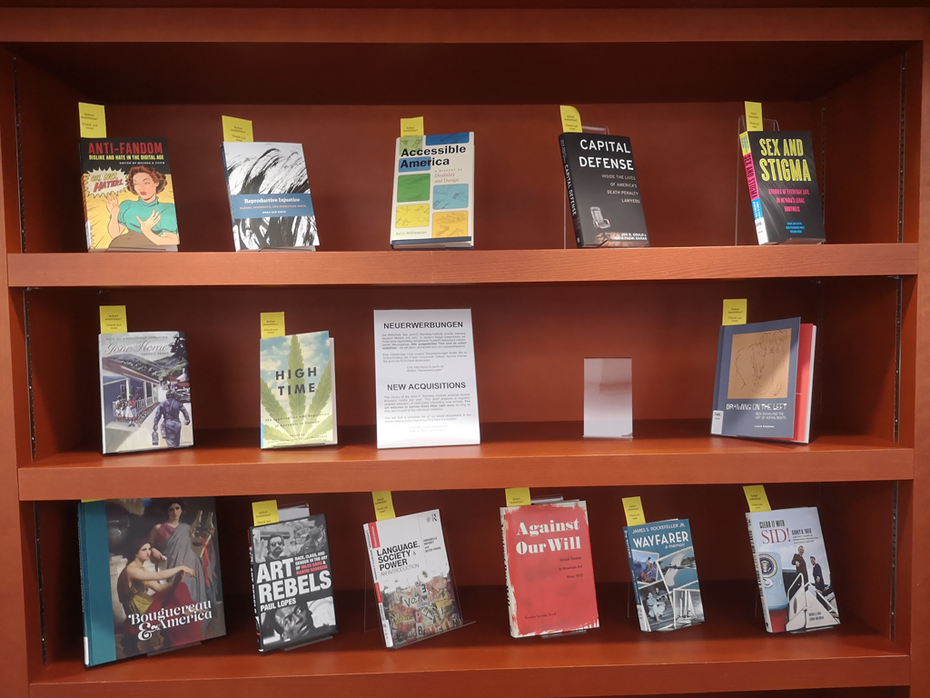