"Hasan al-Banna (1906-49) was the founder and lifelong leader of the Egyptian Muslim Brotherhood, the largest and most influential Islamic movement in the Arab Middle East, formed in 1928 and still active in Egypt and other Muslim countries from Jordan and Yemen to Nigeria and Indonesia. Until Sayyid Qutb (1906-66), who only joined the Muslim Brotherhood after al-Banna's death, emerged, posthumously, as a powerful voice of modern Islamism, Hasan al-Banna embodied the Brotherhood as no other individual did. Even today, he continues to evoke strong feelings as reflected in a rich and varied literature, ranging from hagiography to angry polemic. Yet no scholarly biography has so far been published in either Arabic or any other relevant language. This may be due to the problematic nature of the sources as much as to the sensitivity of the subject—that is, Islamism past and present. Not that there is a dearth of writings on the subject. The most widely read focus on a limited number of issues: Islam and power, Islam and gender and, of course, Islam, jihad and martyrdom. These issues are of obvious relevance to the present study, but they do not constitute its prime concerns. At the centre stands al-Banna's project of establishing a moral order based on what he conceived of as "true Islam." Hasan al-Banna's life and thought are so closely intertwined with the movement he founded and inspired that it is difficult to distinguish the private man from the public figure. For this reason, this study deals as much with the Muslim Brothers as with Hasan al-Banna himself, attempting to put them firmly in context. This sounds perhaps more trivial than it is. There is a tendency to treat Islamism as a subject located on a planet called Islam, different from all other socio-political and cultural phenomena. The "Islamic exceptionalism" resulting from this approach tends to underrate the commonalities of thought, idiom and practice between Islamists on the one hand and their "secular" contemporaries on the other. As a historian, one ought to try to counter this tendency." 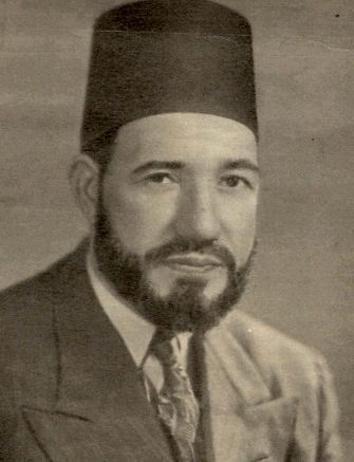