The literature department offers instruction in the history and theory of US-American literature from its beginnings to the present, paying particular attention to the way the literary tradition is defined in North American, transatlantic, and global contexts. Classes focus on issues ranging from the formal to the social and the historical, and efforts are made to link the study of literature to art, theatre, and film.

Literature has always played a central role in imagining the United States as a nation and the various American populations. It provides important perspectives on the cultural, political, and intellectual debates in American society, in part because the formal experimentation that characterizes literary language also distances it from political and social norms. Form, however, is also a social and political factor. By experimenting with narrative perspective, for instance, novels can tell the forgotten stories of cultural minorities, illuminate social conflicts from the perspectives of unique cultural milieus, or provide new avenues for self-definition. The literariness of literature—its formal complexity—can make it surprisingly topical, better able to predict or commemorate social and cultural transitions than, for instance, political speeches or other official statements. Literary texts also demonstrate in an exemplary way the struggles that go into defining a usable past, the unspoken premises and limits of contemporary thinking, and the interpretive struggles involved in imagining the future. 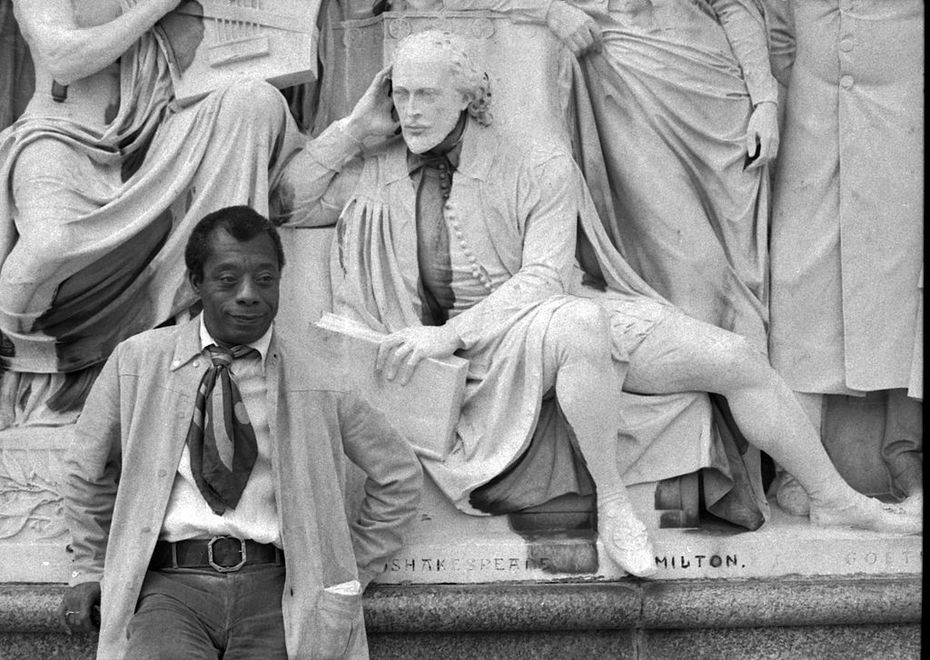 James Baldwin on the Albert Memorial with statue of Shakespeare

James Baldwin on the Albert Memorial with statue of Shakespeare