Teaching and research by the Department of Economics is mainly devoted to structures of the U.S. economy as well as North American economic policies and economic history.
It deals not only with domestic economic questions, but with the U.S. in its foreign economic relations as well. As economic developments are partially shaped by political decisions, political institutions, structures, and processes are also taken into view. Two perspectives have produced especially fruitful results. Firstly, the search for the effects of American economic policies in Germany, Europe, and in other parts of the world, and, secondly, the comparative view of developments in North America and those in Germany and Europe.

The teaching program is offered for students of the North American studies curriculum as well as for students of the department of economics and, in part, of the history department. Consequently, the courses and seminars are attended by a broad spectrum of students from these fields. Their diverse perspectives often lead to interesting discussions and stimulating scholarly contributions. 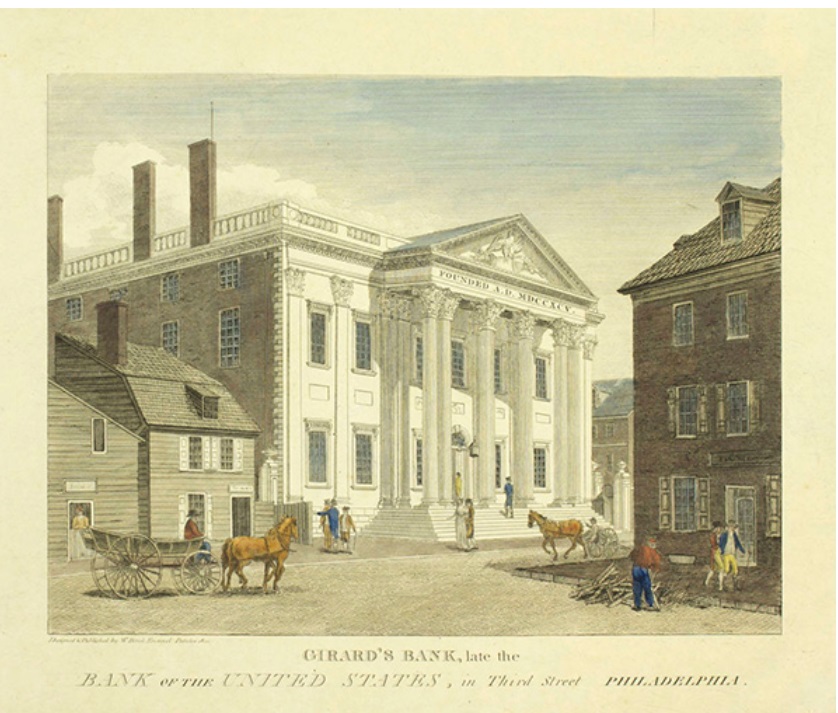 The First Bank of the United States

The First Bank of the United States